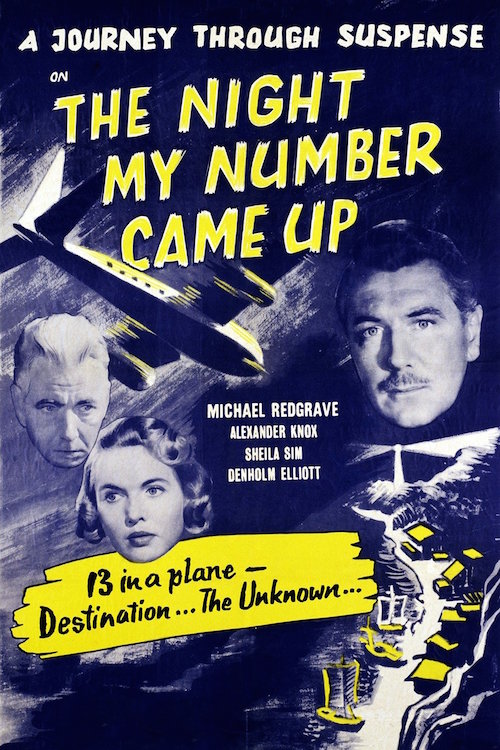 The Night My Number Came Up

While attending a fashionable dinner party in Hong Kong, Air Marshal Hardie (Michael Redgrave) overhears a naval officer retelling a strange dream he had, wherein 8 people take off in a plane from Bangkok to Tokyo and crash in the Japanese mountains – a flight Hardie is meant to make the next day! Initially dismissing the dream as coincidence, Hardie begins to fear that he is destined to die as a series of bizarre events make the dream seem more and more like reality.