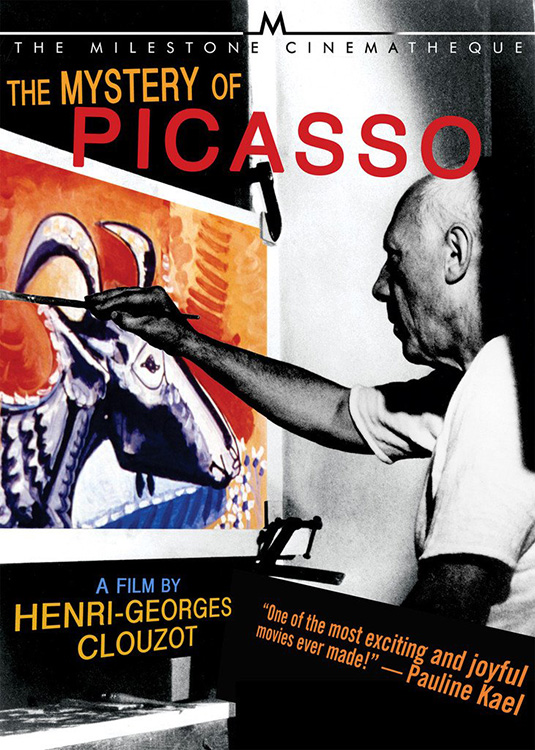 The Mystery of Picasso

Pablo Picasso, the most influential artist of the twentieth century, is making a painting, just as French director Henri-Georges Clouzot (The Wages of Fear and Diabolique) is making a movie. In 1955, these two friends joined forces to make an entirely new kind of film "that could capture the moment and the mystery of creativity." As the artist wields his brush, Clouzot invites us to watch the artwork unfolds, erupt, and dance into being before our eyes. Using an innovative filmmaking technique with semi-transparent surfaces and special inks, the pair captured perfect reverse images of Picasso's brushstrokes across 20 works, some of which are obliterated before the viewer's eyes. Unavailable for more than a decade, THE MYSTERY OF PICASSO is an exhilarating, mesmerizing, and unforgettable must-see for art lovers and cinephiles alike.