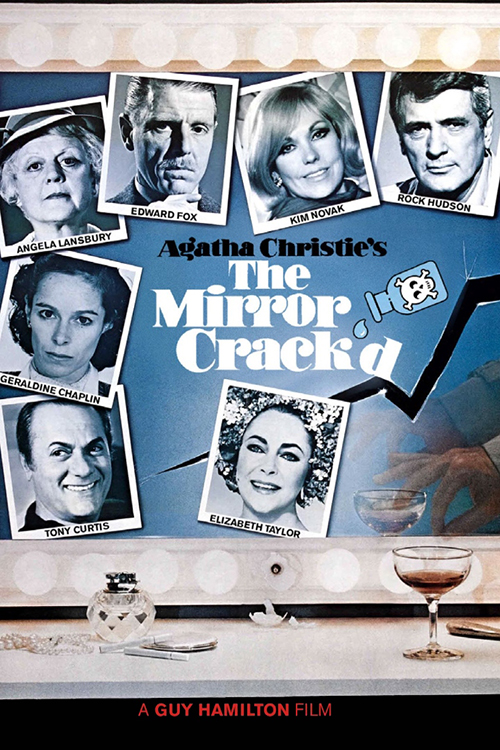 MIRROR, MIRROR ON THE WALL, WHO IS THE MURDERER AMONG THEM ALL? Angela Lansbury (Death on the Nile) is Agatha Christie’s (Evil Under the Sun) legendary detective, Miss Marple. Elizabeth Taylor (Cleopatra), Rock Hudson (Giant), Tony Curtis (The Vikings), Kim Novak (Vertigo), Geraldine Chaplin (Doctor Zhivago) and Edward Fox (The Day of the Jackal) are the suspects. With stars like that, this case is going to be murder! Jane Marple is thrilled when glamorous Hollywood actors arrive in her quaint English village to shoot a movie. But when the superstar cast begins feuding, the production takes a murderous turn. Can Miss Marple identify the killer before the director yells ‘that’s a wrap’? Jonathan Hales (Loophole) and Barry Sandler (Crimes of Passion) adapted this beloved Miss Marple novel. Directed by Guy Hamilton (An Inspector Calls), THE MIRROR CRACK’D is filled with some of the most priceless performances and delectable dialogue of any Christie mystery.