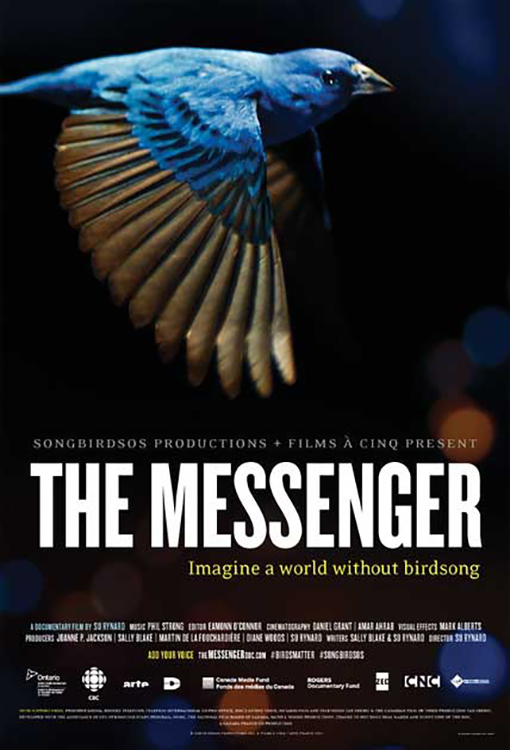 For thousands of years, songbirds were regarded by mankind as messengers from the gods. Today, these creatures have woven inextricably into the fabric of our environment and are vanishing at an alarming rate. Under threat from climate change, pesticides and more, populations of hundreds of species have dipped dramatically. As scientists, activists and bird enthusiasts investigate this phenomenon, amazing secrets of the bird world come to light for the first time in the acclaimed and visually thrilling documentary THE MESSENGER. Find out what's killing our songbirds, and what can be done about it. As in ancient times, songbirds may once again be carrying a message to humans - one that we ignore at our own peril.

"The arguments are persuasive, the message from the birds powerful, and the film a rich and satisfying call to action that is presented with some novel ideas for how to restore the ecological balance." - The New York Times Critics' Pick

"According to Su Rynard's provocative and beautiful documentary The Messenger, today's songbirds are delivering us a message of global proportion: Modernity is killing them, and if we don't do something soon, it might destroy us, too." - LA Weekly

"Traveling the world to spotlight challenges and solutions, filmmaker Su Rynard never loses sight of the [songbirds'] sheer beauty, or their emotional and symbolic pull as perceived intermediaries between the earthly and spiritual." - The Hollywood Reporter