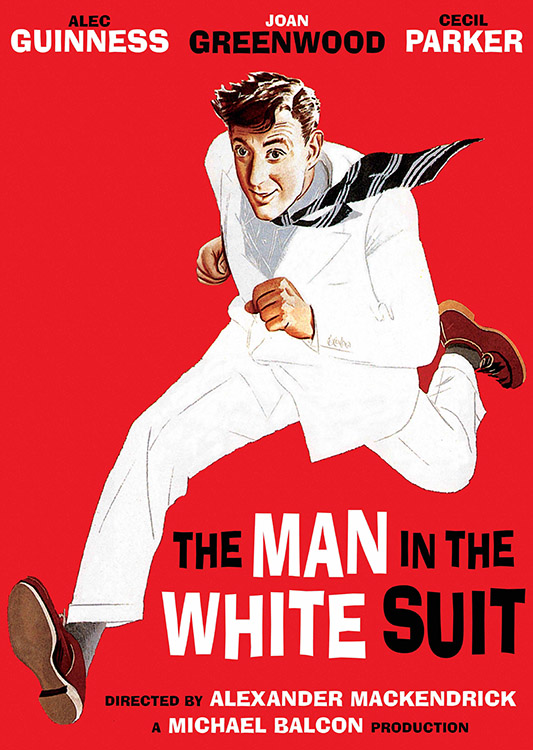 The Man in the White Suit

In this definitive Ealing comedy, Sir Alec Guinness (The Lavender Hill Mob) delivers one of his most beloved performances as Sidney Stratton, an eccentric chemist who one day invents a fiber that never wrinkles, wears out or gets dirty. But when the mill owners and workers both realize that this miracle fabric will destroy their industry, Sidney suddenly becomes the most hunted man in the nation. Can a young idealist trapped between big business and mad unions find safety in science, or will the future of Britain become unraveled by one extraordinary suit? Directed by Alexander Mackendrick (The Ladykillers, Sweet Smell of Success), The Man in the White Suit received an Oscar nomination for Best Screenplay by Mackendrick, Roger MacDougall (A Touch of Larceny) and John Dighton (Roman Holiday). Co-starring Joan Greenwood (Kind Hearts and Coronets), Cecil Parker (Under Capricorn) and Michael Gough (Konga), with stunning black-and-white cinematography by the great Douglas Slocombe (Raiders of the Lost Ark, Indiana Jones and the Temple of Doom, Indiana Jones and the Last Crusade).