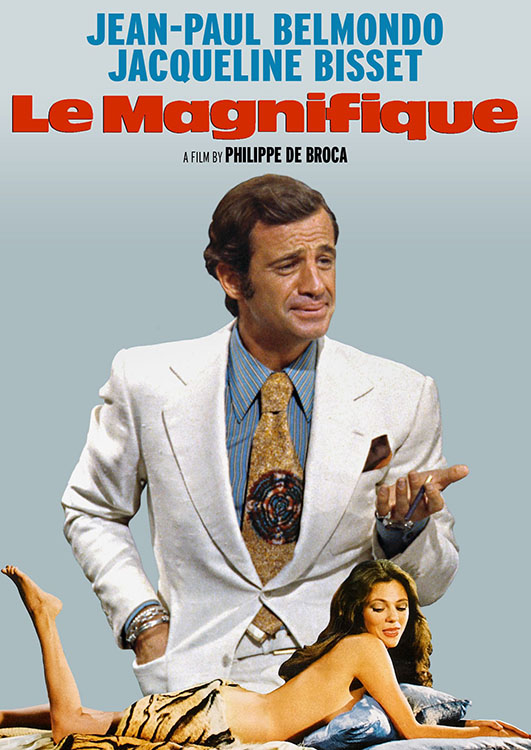 The Man from Acapulco (Le Magnifique)

Screen greats Jean-Paul Belmondo (Cartouche, Le Doulos) and Jacqueline Bisset (The Deep, The Mephisto Waltz) star in the uproarious LE MAGNIFIQUE (a.k.a. THE MAN FROM ACAPULCO). Belmondo plays Francois, a reclusive novelist whose wild imagination gets the best of him in this delightful blend of fantasy and adventure. Becoming the lead character from his own book, the dashing spy-hero Bob Saint-Clair, Francois is hysterically thrown into the middle of his latest espionage case, “How to Destroy the Reputation of the Greatest Secret Agent.” Only with the help of Francois’ beautiful and enticing neighbor (Bisset aptly filling the role of his seductive assistant, Tatiana) can the author save the world from his editor, who has been transformed into dastardly secret agent Karpof. Together, our duo gets caught in a hilarious whirlwind of chases, betrayals, confrontations and mutual attraction. Long before Austin Powers, this cleverly written French comedy outrageously portrays the spy game like it’s never been seen before! Co-written and directed by Philippe de Broca (That Man from Rio) and beautifully shot by René Mathelin (Max and the Junkmen).