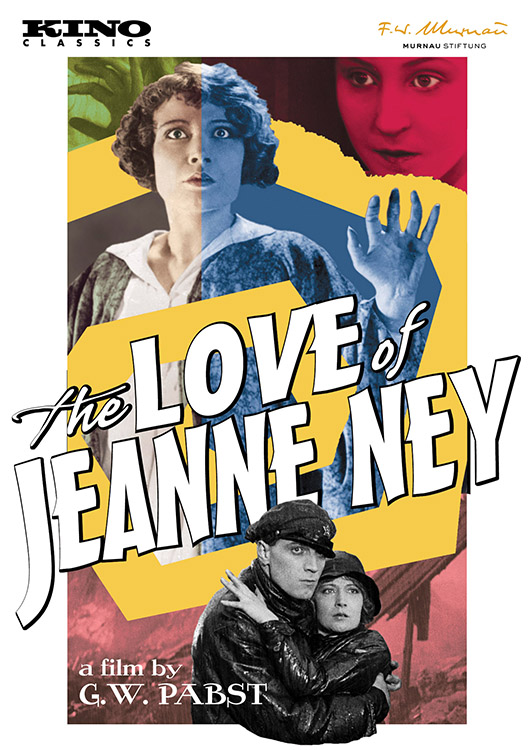 The Love of Jeanne Ney

A major rediscovery of silent cinema, G. W. Pabst's THE LOVE OF JEANNE NEY is presented here in the longest version available anywhere and accompanied by a full orchestral score. The film tells the story of a young Frenchwoman's struggle for happiness amid the turbulence of post World War I Europe. For an act of political betrayal, Jeanne's father is killed by Andreas (Uno Henning), a young Bolshevik and also Jeanne's lover. Andreas sends Jeanne (Edith Jehanne) to live with her family in Paris, where he hopes to join her, but he is preceded by the sinister Khalibiev (Fritz Rasp), who pursues Jeanne, proposes marriage to her blind cousin (Brigitte Helm) and murders Jeanne's uncle. Andreas is accused of the crime and is destined for the guillotine if Jeanne cannot convince Khalibiev to offer testimony in his defense (not realizing that he, in fact, is the murderer).

To tell this tangled story of moral chaos and political upheaval, Pabst (Diary of a Lost Girl, Pandora's Box) utilized a variety of cinematic styles. To appease his producers at UFA, he directed much of it in the "American Style," evocative of the Hollywood studio blockbuster. At other times, Pabst experimented with the avant garde techniques of Soviet montage and indulged in the eerie moving camerawork and shadowy perspectives reminiscent of F. W. Murnau's classics of German expressionism. The result is a stunning cinematic experiment that never fails to surprise the viewer as it races towards its conclusion.