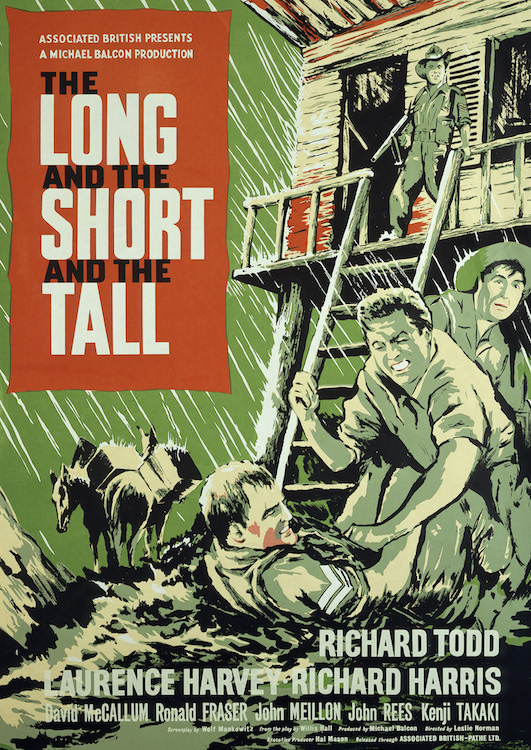 The Long and the Short and the Tall ( Jungle Fighters)

The tragic story of seven British soldiers who, trapped behind Japanese lines, are so concerned with arguing over their own destinies that fighting the enemy has to take second place. When they capture a lone Japanese scout and proceed to argue over his fate as well, the terrible truths of war begin to come out, revealing that there can be no second chances.