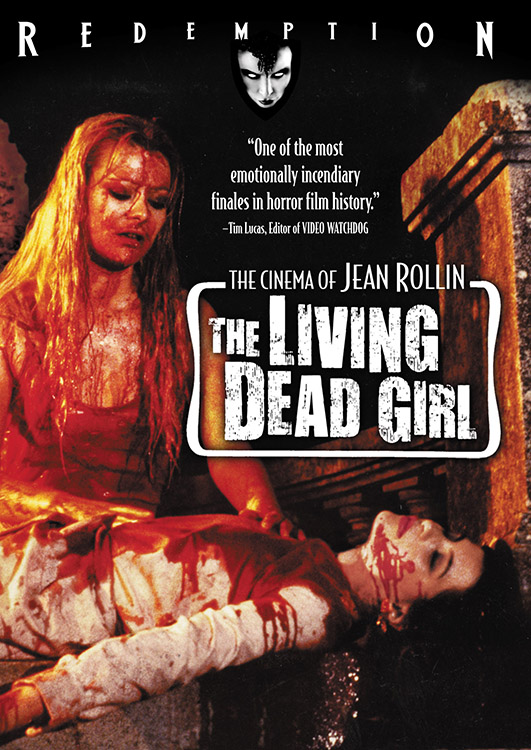 THE LIVING DEAD GIRL (La Morte Vivante) is the story of Catherine Valmont (Françoise Blanchard), a wealthy heiress dead before her time, who is accidentally reanimated when some unfortunate movers attempt to store drums of chemical waste in the neglected burial vaults below her uninhabited chateau. Rollin's "living dead girl" does everything that cinematic convention requires - she kills people, drinks human blood, devours human flesh - yet, for all this, we accept her as an innocent. Meanwhile, the effect that her resurrection has upon her childhood friend, Hélène (Marina Pierro), is infinitely more conscious, deliberate, and evil.

Bloodier and more violent than his own tastes preferred, THE LIVING DEAD GIRL forced Rollin to work against the grain in his own preferred genre - and he transformed himself in the process. In the unsettling, bloody finale, Blanchard's performance was so intense, so extreme in its confused appetite, revulsion, and glee, the take was nearly interrupted out of concern for the actress's mental health. It's one of the most emotionally incendiary finales in horror film history.

(excerpt of the essay from Tim Lucas)

One of the most incendiary finales in horror film history." - Tim Lucas, Editor of VIDEO WATCHDOG