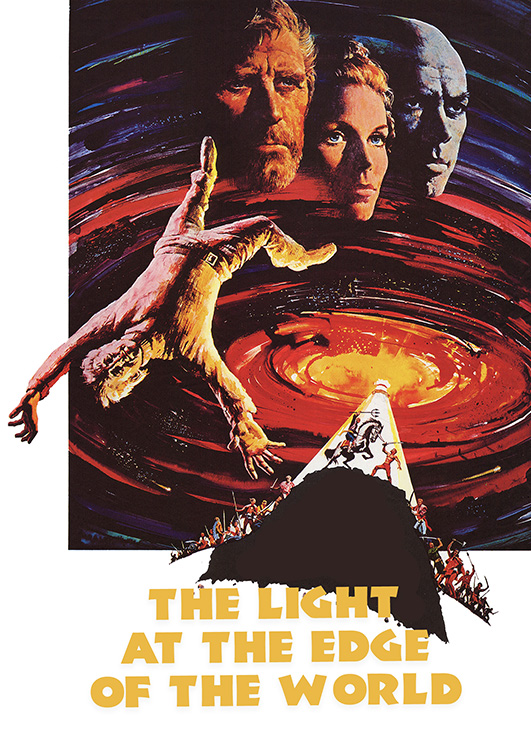 The Light at the Edge of the World

Adapted from Jules Verne's classic 1905 adventure novel The Lighthouse at the End of the World (Le Phare du bout du monde). The year is 1865. A ruthless pirate (Yul Brynner) captures and imprisons the keeper of a lighthouse (Kirk Douglas) in the most southern part of Argentina. His horrific goal: to control the lighthouse's signals so that passing ships will be torn apart on the rocks.