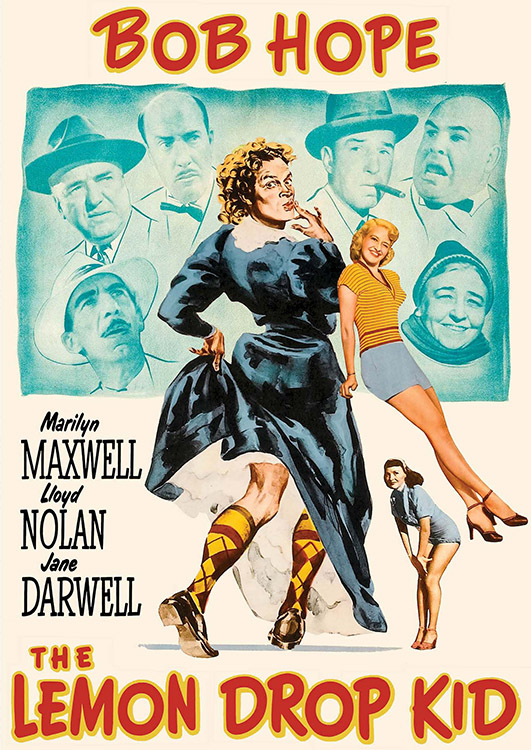 Comedy legend Bob Hope (My Favorite Brunette) stars as Sidney Milburn (A.K.A. The Lemon Drop Kid, named so after his love of the simple candy), a con man who offers a friendly "sure thing" horse tip to the girlfriend of mobster Moose Moran (Fred Clark, Visit to a Small Planet) at the race track. When the horse loses and Moose's original pick wins, Moose gives Sidney until Christmas to pay back the money he lost or his thug, Sam the Surgeon (Harry Bellaver, Naked City), will "open up" Sidney after Christmas. To pay back the money he owes Moose, Sidney enlists some pals to hit the street corners of New York dressed as Santa Claus accepting donations for a bogus elderly ladies' home, but soon after, gangster Oxford Charlie (Lloyd Nolan, The House on 92nd Street) tries to move in on Sidney's scam. What follows is vintage Hope shenanigans, highlighted by a heart-warming rendition of the Christmas classic "Silver Bells" sung by Hope and Marilyn Maxwell (Lost in a Harem). Also starring William Frawley (I Love Lucy) and Tor Johnson (The Black Sleep).

"One of Bob Hope’s most successful comedies of the 1940s.... comes with a firm recommendation for his fans."