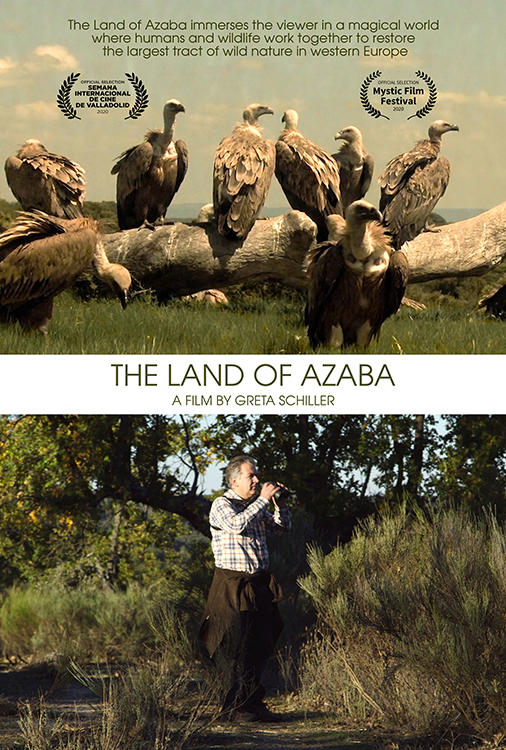 Addressing climate change is the existential question of our time, but climate change and bio-diversity loss are two sides to the same coin. THE LAND OF AZABA is the first feature documentary on the subject of ecological restoration, and it is set in one of the world’s first “hot spots” for increasing and maintaining bio-diversity, Campanarios de Azaba Nature Reserve in Western Spain. Ecological restoration is a worldwide movement to turn back the tide of mass extinction and restore planet earth to ecological balance. THE LAND OF AZABA immerses the viewer in a magical world where humans and wildlife work together to restore the largest remaining tract of wild nature in western Europe. The survival of many rare and endangered species, including ancient oaks, insects, vultures, aurochs and horses, is at stake. The documentary closely observes the radical new experiment of ecological restoration as it unfolds, with the promise of bringing back our degraded planet to a balance that supports all living things.

"...restoring the land of Azaba has the potential to regenerate a substantial ecosystem"
– Eye For Film

"Land of Azaba is the first feature documentary about ecological restoration...This film took a close look into how a small part of the world is trying to make a positive impact in terms of climate change."
– At the Movies

"An unlikely feel-good documentary about climate change."
– The Berkshire Eagle