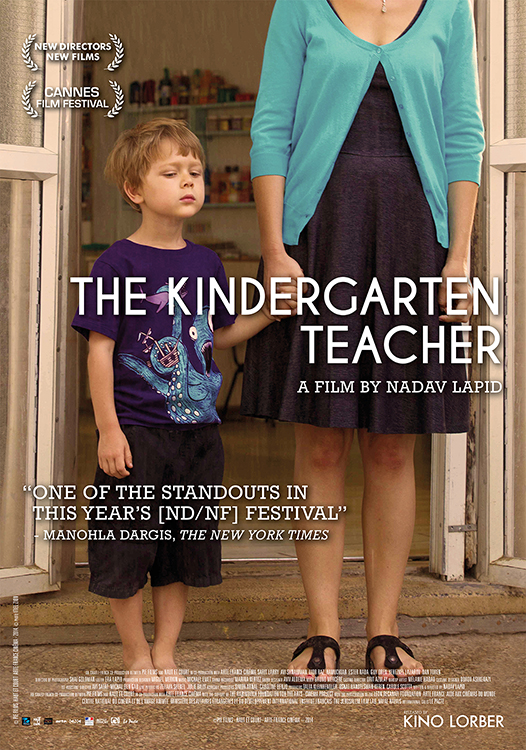 Nadav Lapid's The Kindergarten Teacher is the story of a teacher who becomes at first enchanted, and then ultimately consumed by the poetic genius of her five-year-old student. As the titular protagonist, Nira, discovers that her young student, Yoav, has an otherworldly talent for language and poetry, she slowly and progressively becomes interested in cultivating the boy's gift. But when fascination morphs into obsession, Nira pushes the boundaries of her relationship with the boy and his family in an attempt to protect his talent before he passes from boyhood to adolescence, and his purity is lost.

Following his critically acclaimed debut Policemen, Lapid demonstrates the aesthetic vision of a true auteur, combining a verite approach with thrilling a cinematic narrative that brings into sharp focus the dangers of both mediocrity and passion.