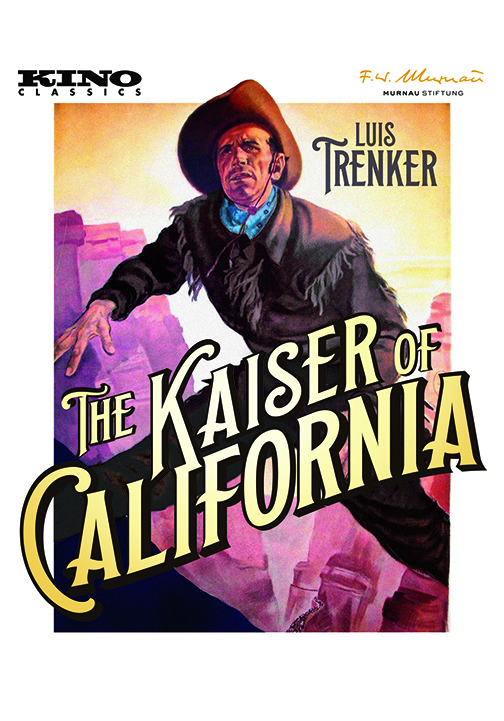 The Kaiser of California

On the surface, THE KAISER OF CALIFORNIA appears to be a cinematic anomaly: an epic Western produced under the state-controlled cinema of the Third Reich. But the film’s novelty value is quickly eclipsed by its dazzling visual artistry: striking compositions and stunning location photography worthy of John Ford (who was still three years away from making his signature Western, Stagecoach). In telling the story of German-born pioneer John Sutter, actor/director Luis Trenker returned to the awe-inspiring vistas and daring feats of rock-climbing that had made his “mountain films” such a sensation. The result is a film whose style is deeply Germanic and spectacularly American at the same time, virtually unseen in the United States, prior to this 2K restoration by the Friedrich Wilhelm Murnau Stiftung.