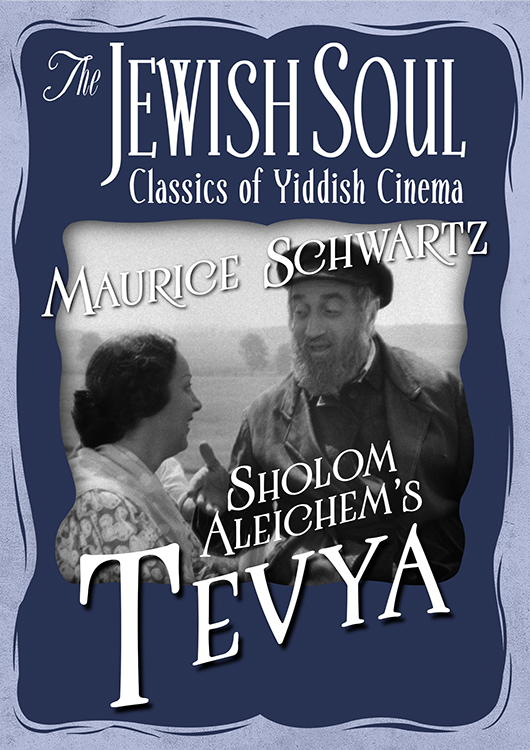 Maurice Schwartz, the greatest of all Tevyas, recreates his original stage role as the philosophical shtetl dairyman in viciously anti-Semitic Czarist Russia. Based on the Sholom Aleichem stories. A legend of the Yiddish Theater, Schwartz built the Yiddish Art Theater on Second Avenue (the building today houses the Village East Cinemas). “The authentic version of Fiddler on the Roof.” – Allen Lewis Rickman.

Too often segregated within an academic and cultural niche, Yiddish cinema is in fact a varied and vibrant genre ripe for reappraisal. Whether shot in the fields of Poland or makeshift studios in Manhattan, Yidishe Kino endure not only as precious documents of a vanishing culture, but a fascinating genre unto itself, with its unique blend of schmaltz and shtick, a dash of operetta, often overlaid with brooding atmosphere. Restored by Lobster Films, Paris, presented by Kino Lorber, this film showcases careful new translations by Yiddish cultural historian Allen Lewis Rickman, which preserve the clever wordplay and conveys the fluidity of the multi-lingual dialogue.