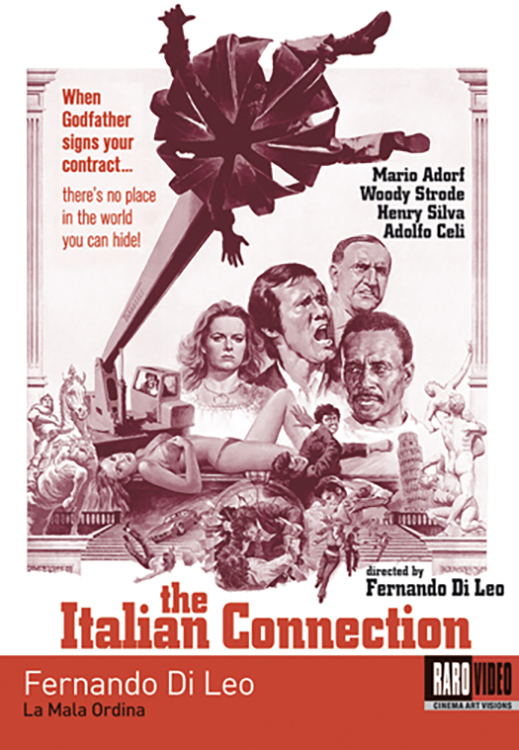 The second film in Fernando Di Leo's Milieu Trilogy focuses on Luca Carnali, a small-time mobster and pimp who has been set up by his gangland boss. When a shipment of heroin disappears between Italy and New York, Carnali is framed for the theft.

Carnali is pursued through Milan by a pair of merciless American hit men- played by Henry Silva and Woody Strode, and referenced by Quentin Tarantino in Pulp Fiction - whom mistakenly believe that he has stolen a drugs shipment. Following the murder of his wife, the hunted becomes the hunter as Carnali takes his revenge on his boxx, the hit men and anyone else who stand in his way.

" The Italian Connection is a terrific romp." - DVD Verdict