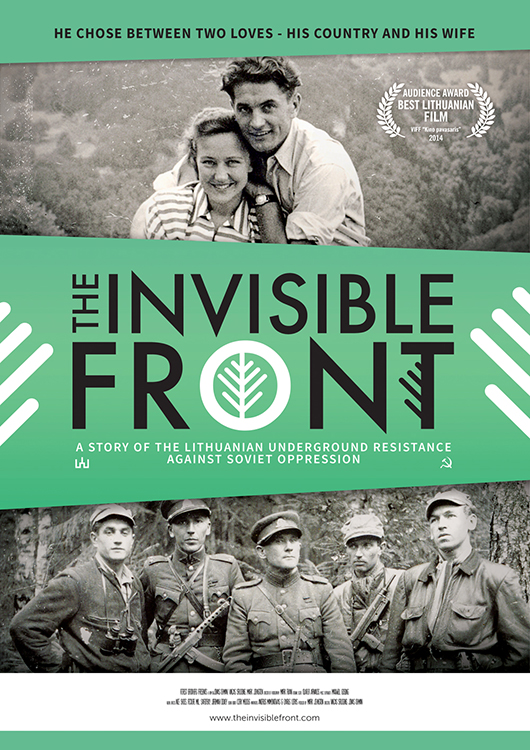 THE INVISIBLE FRONT is an award winning film about love and the fight for freedom. In 1944, Soviet forces occupied Lithuania for a second time in less than five years. This time the youth of the nation chose to fight back and formed a guerrilla army of partisans called the Forest Brothers. Among them was a charismatic leader named Juozas Luksa who joined the resistance with his three brothers. Having realized that the pen was mightier than the sword Luksa risked his life to escape to Paris in 1948 to spread the word of the partisan struggle. In Paris, Luksa quickly joined up with western intelligence agencies, wrote a memoir and met the love of his life: Nijole. Shortly after their wedding, Luksa was air-dropped back into Soviet Lithuania by the CIA to help liberate his country. THE INVISIBLE FRONT tells the story of a Lithuanian resistance, Luksa and Nijole through the use of Luksa's writings and his love letters to Nijole.