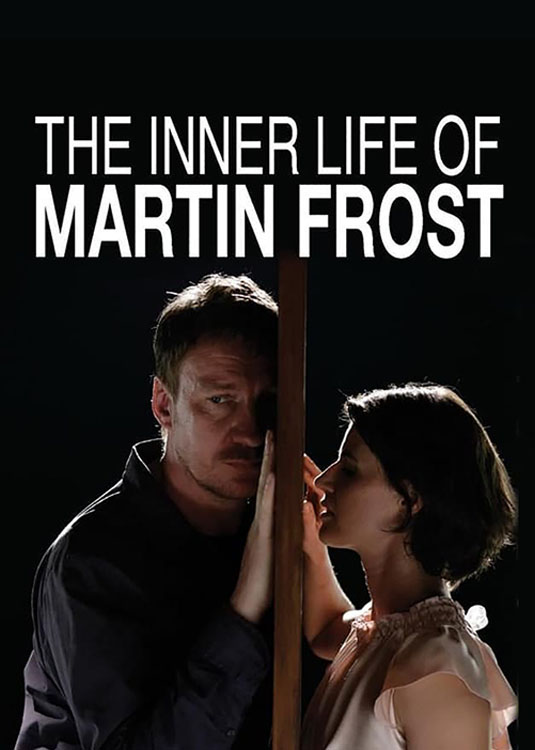 The Inner Life of Martin Frost

THE INNER LIFE OF MARTIN FROST (2007) is one of writer-director Paul Auster’s (New York Trilogy, Smoke, 4 3 2 1) most beguiling works, an enchanting exploration of the mysteries of creation, presented here in a new 4K restoration overseen by Auster. After working for three years on a novel, Martin Frost (David Thewlis, Naked) borrows a friend’s empty country house for a long-needed rest. No sooner does he arrive, however, than an idea for a story comes to him. When he wakes the next morning, eager to begin his new tale, he is shocked to discover a young woman sleeping next to him in bed—the effervescent Claire (Irène Jacob, Three Colors: Red). Claire claims to be the homeowner’s niece, but it soon becomes clear that she is bound up with the story Martin is writing: is she a muse, a ghost, or a figment of his imagination? The Inner Life of Martin Frost is a philosophical mystery which functions as a testament to the perils and pleasures of storytelling. Kino Lorber is also proud to include the two-part interview Running Off to the Circus: Paul Auster on Film. In Part 1 Auster passionately discusses the formative movies that made him a cinephile, while Part 2 is a fascinating look at his career as a filmmaker, from Smoke to The Inner Life of Martin Frost and beyond.