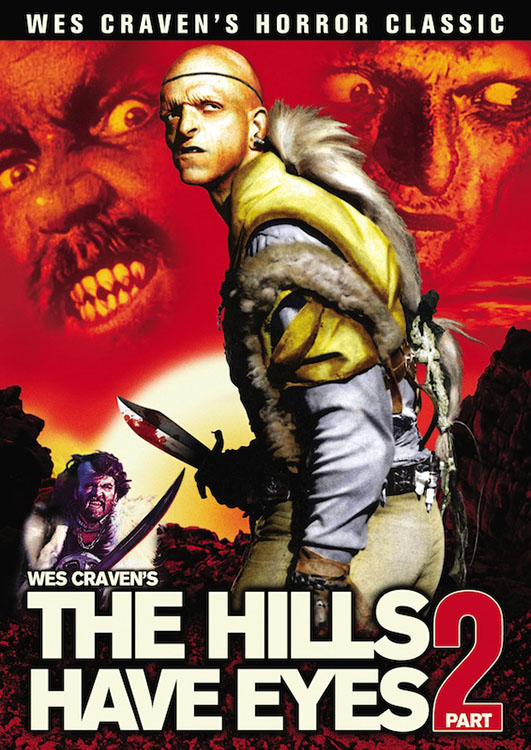 The Hills Have Eyes Part 2

THE HILLS HAVE EYES PART 2 (1985) is director Wes Craven's notorious and bloody sequel to his 1977 horror classic. Two survivors from the original, Bobby (Robert Houston) and Rachel (who changed her name from Ruby, played by Janus Blythe), now own a dirt-bike team, whose first race will be held in the same desert from which they escaped death eight years before. Bobby is too disturbed to go, but Rachel is determined to face the demons of her past. Together with her team (which includes Penny Johnson from 24), they travel into the hills, whereupon they are ambushed by the mutated remnants of the cannibalistic Jupiter family. When Pluto (Michael Berryman) and The Reaper (John Bloom) get going, no motorbike can outrun their bloodlust. Essential for fans of 80s horror and Wes Craven, THE HILLS HAVE EYES PART 2 is an edge-of-your-seat slasher film that has to be seen to be believed.