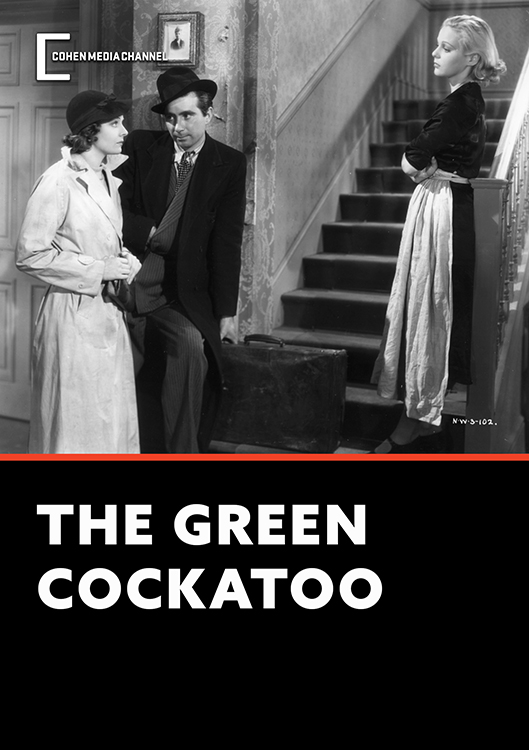 A true rarity, William Cameron Menzies’ THE GREEN COCKATOO was completed in 1937, but not released until 1940. It is often cited as one of the earliest of the British Noirs and helped set the stage for the classical period of Brit Noir which flourished in the years following WWII. It’s a taut little thriller based on a Graham Greene story, directed by the American William Cameron Menzies, and featuring a stellar cast and crew. After witnessing the murder of a racketeer, a young woman is pursued by both gangsters and the police. She is aided by a Soho entertainer, who is the brother of the victim.