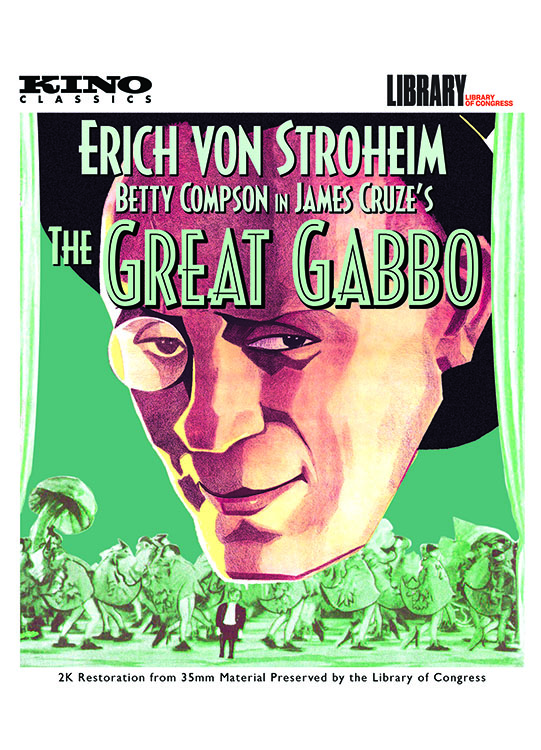 One of Hollywood's earliest -- and most peculiar -- musicals, THE GREAT GABBO stars von Stroheim as an egotistical ventriloquist who casts a Svengali-like spell upon an ingenue (Betty Compson), against a backdrop of singularly strange numbers (including "Icky" and the spider-and-fly-themed "Caught in a Web"). Director James Cruze (The Covered Wagon) allowed von Stroheim to endow the character with his signature flourishes, resulting in a wicked cocktail of garish stage shows and Austro-Hungarian villainy that is a diabolical delight.

Newly restored by the Library of Congress.