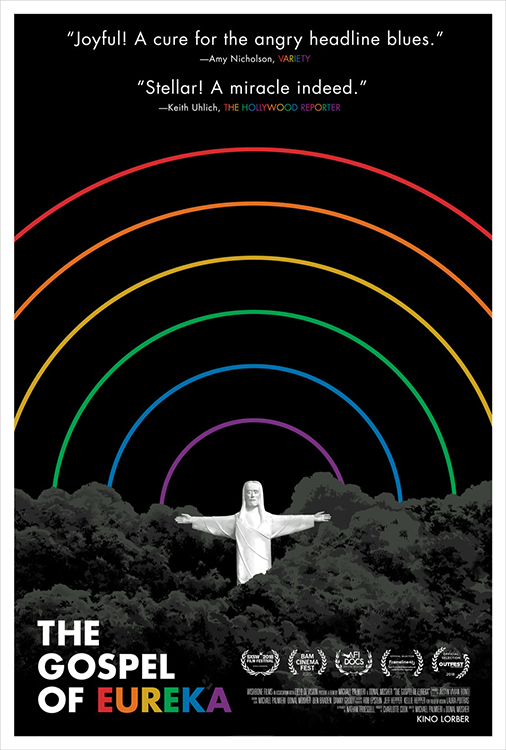 The Gospel of Eureka

Welcome to Eureka Springs, Arkansas, a one-of-a-kind oasis in the Ozarks where Christian piety rubs shoulders with a thriving queer community. Narrated with homespun humor by Mx Justin Vivian Bond, this lushly photographed documentary spotlights the space where the town’s seemingly contradictory factions intersect: Lee and Walter, out and proud husband-owners of a local gay bar they liken to a “hillbilly Studio 54,” talk about their deep-seated faith; a Christian t-shirt designer describes his love for his gay father; and everything comes together in a show-stopping mash-up of a spectacular passion play and raucous drag show. The result is a joyously offbeat slice of Americana that breaks down the red-state-blue-state divide.

“Joyful, cheerful. A needed shot of all-American optimism. This beautiful, and beautifully shot, documentary is a cure for the angry headline blues.”

“When the disco ball and the Star of Bethlehem are both signs of the divine... it’s hard not to respond with hope to The Gospel of Eureka.”

“A most worthy scripture for our time.”