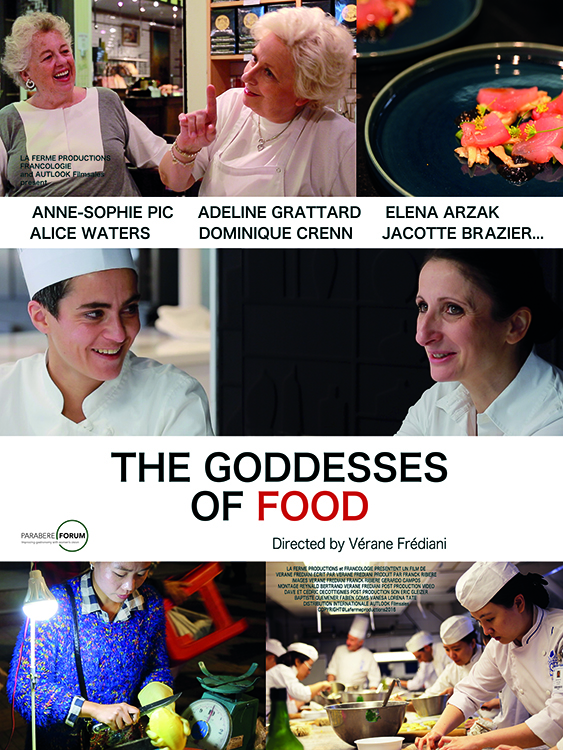 The Goddesses of Food

In November of 2013, TIME Magazine released an international cover story called “The Gods of Food”. Unfortunately, not a single female chef appeared on the list. The new documentary, THE GODDESSES OF FOOD is here to change popular perception.

In the male dominated food universe, discover the women changing the game on all levels. Presenting the best female chefs, including multi-Michelin star chefs Dominique Crenn and Barbara Lync, and introducing rising new stars and those making incredible food in all corners of the world. GODDESSES OF FOOD is a global journey exploring female strength in gastronomy.

Prominent chefs and journalists investigate what holds women chefs back in the modern mediated world of cuisine and what needs to be done to change the way women in the food industry are viewed and covered in the press. Featuring Michelin chefs and sommeliers from USA, France, Italy, UK, Spain.