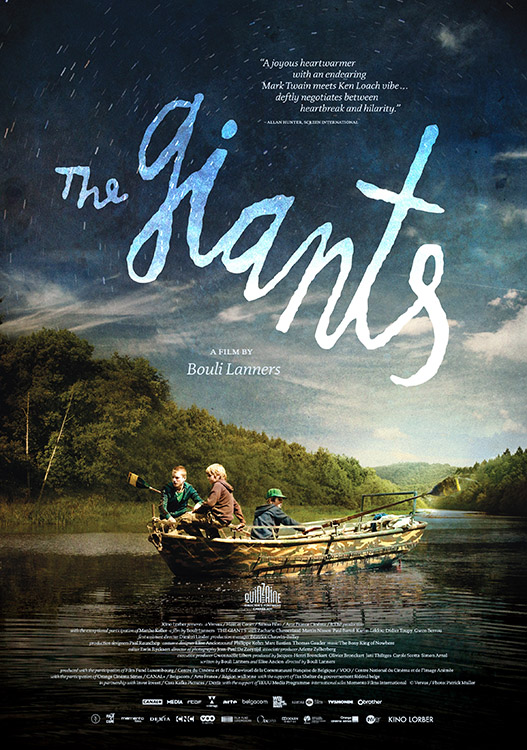 THE GIANTS is a moving coming-of-age film about small kids with enormous hearts. Brothers Seth (Martin Nissen) and Zak (Zacharie Chasseriaud) are two young teens left to their own devices when their mother abandons them in their dead grandfather's house. As money grows thin during the long summer days, they befriend another loner, Danny (Paul Bartel), who hooks them up with a small time drug dealer interested in renting their place. When that goes violently wrong, the ragged trio hits the road on a Huck Finn-style journey of adventure and self-discovery.

"Films seldom capture the quicksilver highs and lows of being young half as well as this light-touch Belgian drama." -Time Out New York

"Bouli Lanners' coming-of-age tale is a lovely drunken roll of a movie, brightly played by its adolescent cast, luxuriating in a Belgian countryside of whispering grass and fairytale forests." - The Guardian