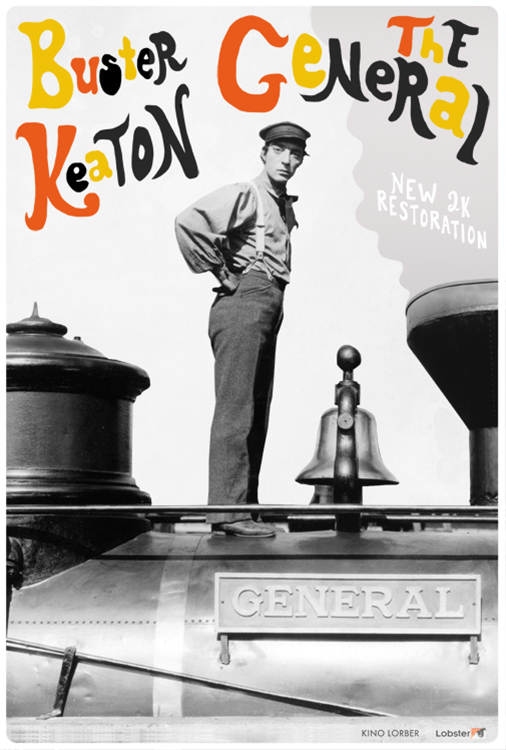 Consistently ranked among the greatest films ever made, Buster Keaton's THE GENERAL is so brilliantly conceived and executed that it continues to inspire awe and laughter with every viewing. This Kino Ultimate Disc Edition was mastered in HD from a 35mm archive print struck from the original camera negative.

Rejected by the Confederate army and taken for a coward by his beloved Annabelle Lee (Marion Mack), young Johnny Gray (Keaton) is given a chance to redeem himself when Yankee spies steal his cherished locomotive. Johnny wages a one-man war against hijackers, an errant cannon and the unpredictable hand of fate while roaring along the iron rails. "Every shot has the authenticity and the unassuming correct composition of a Mathew Brady Civil War photograph," wrote film historian David Robinson, "No one - not even Griffith or Huston and certainly not Fleming (Gone With the Wind) - caught the visual aspect of the Civil War as Keaton did." New 2K restoration.

Even in our anything-is-possible digital age, it's still a wonder to see the quicksilver Keaton executing mathematically precise, guffaw-inducing gags and pratfalls. A sublime comedy, The General is also a Civil War tintype brought to stately life. Kino's two-disc set includes a sharp new transfer and musty TV intros from a Norma Desmond-esque Gloria Swanson and Keaton fan Orson Welles, who hails the film as ''a hundred times more stunning visually than Gone With the Wind.'' GRADE: A, Tim Purtell, Entertainment Weekly

Buster Keaton's The General, from 1927, I think is still one of the great films of all time. They've just released a beautiful Blu-ray disc of that movie -- so if you haven't seen it, go get the Blu-ray and treat yourself to one of the most incredible filmmakers at the height of his power. - Peter Jackson (Director, The Lord of the Rings)