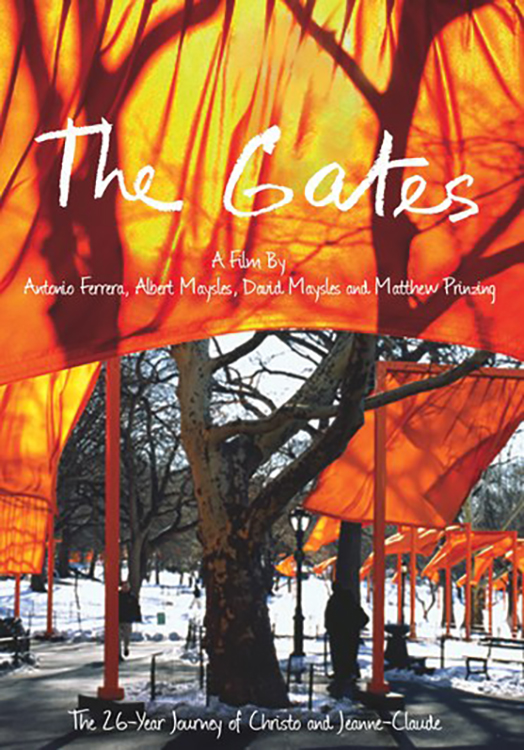 In 1979, artists Christo and Jeanne-Claude proposed one of the largest artworks in history: a "golden river," or 7,503 fabric-paneled gates in Central Park. While Christo and Jeanne-Claude's artistic vision sought to unite all of New York City, the public reacted with accusations of 'defacement of a masterpiece,' akin to putting a mustache on the Mona Lisa. Twenty-four years later, and after the election of Michael R. Bloomberg as mayor, the project was approved in January 2003 and completed in February 2005.

THE GATES chronicles the evolution of the project from concept to realization, ultimately overcoming public disapproval and transforming Central Park into a visual symphony of color and light. The work of art, entirely financed by the artists, which brought over 4 million visitors from around the world to Central Park in mid-winter, is lovingly captured in this masterful film.