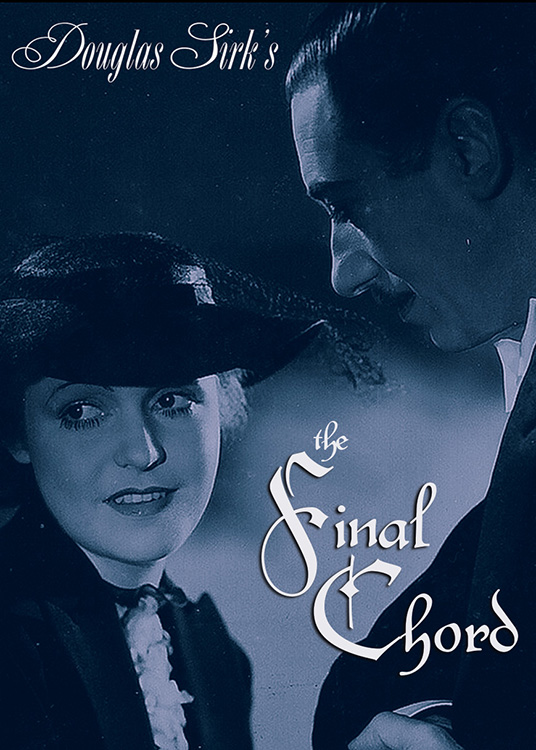 Douglas Sirk is commonly credited with transforming the American melodrama into high art. What less commonly known is that, prior to fleeing Germany in the 1930s, he was already exploring the boundaries of the genre, and refining the sophisticated visual style and emotional complexity that would become his trademarks in the 1950s.  Female self-sacrifice is the theme of THE FINAL CHORD, a lavish drama set in the classical concert halls of Germany. Maria von Tasnady is a woman who gives up her child for adoption, only to become its nursemaid years later. But even that tenuous happiness is threatened by the influence of a domineering nanny (Lil Dagover).