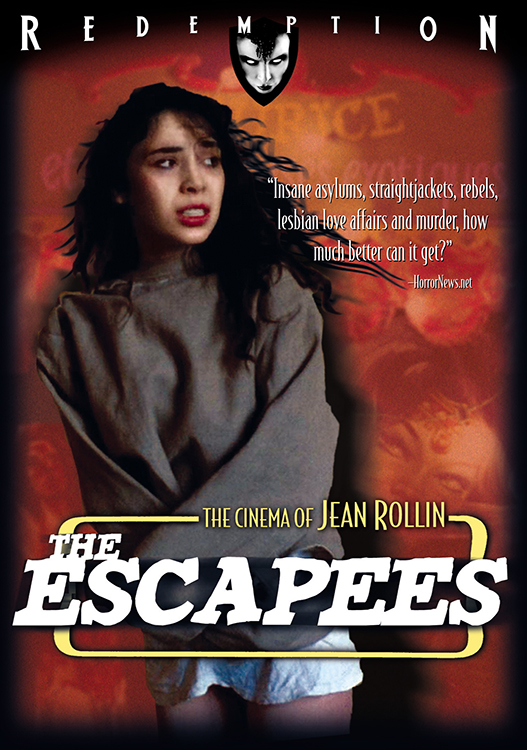 Jean Rollin's THE ESCAPEES revisits the directors fascination with pairs of women who wander, dreamlike, through a modern dystopia (Requiem for a Vampire, Two Orphan Vampires). Two female patients; one rebellious (Laurence Dubas), the other despondent (Christiane Coppé); flee the grounds of a mental hospital and drift across the French countryside. After finding refuge among a band of gypsy-like exotic dancers, they cross paths with a petty criminal (Marianne Valiot), an aging fortune-teller (Louise Dhour) and a quartet of swingers (including Brigitte Lahaie) with sinister intentions. Punctuated by moments of unexpected violence and lyrical beauty (as when the emotionless Marie returns to life in a vacant ice rink), THE ESCAPEES is among Rollins' most personal films, and has been remastered in HD from the original 35mm negative.