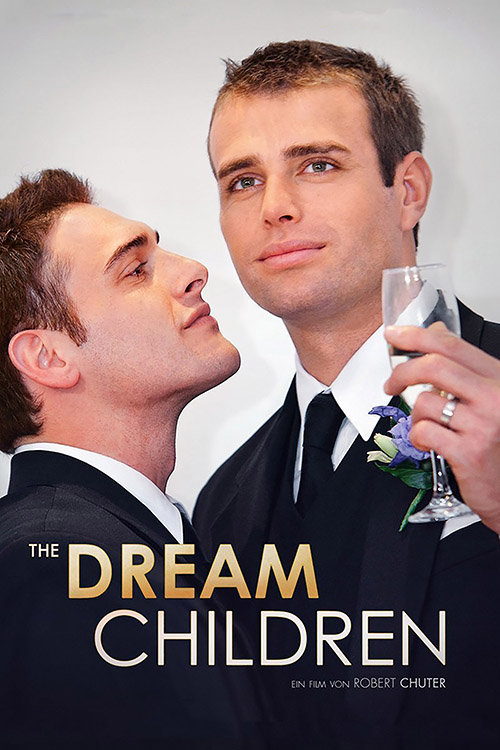 The challenges of a young gay male couple who decide to have a baby are explored in this Australian melodrama set in the early 2000s. Hunky architect Alex wants a child while his partner, TV game show host, Steven is closeted at work and not all too keen on exposing himself to public scrutiny. Adding to the problem is the government's policy against same sex adoptions and their own, far from settled, home life. The decide to illegally hire a surrogate mother to carry the baby, but the woman, a bit homophobic, plots her own scheme to get more money from the two.

"The stunningly beautiful sex scene between Steven and Alex in Robert Chuter's "The Dream Children" will create much buzz on the festival circuit for its intimacy~ past the explicitness. There is no doubt that this couple is deeply in love, they even read to each other the poem by Charles Lamb about being and having 'dream children' and it's not hokey." - EDGE Media Network