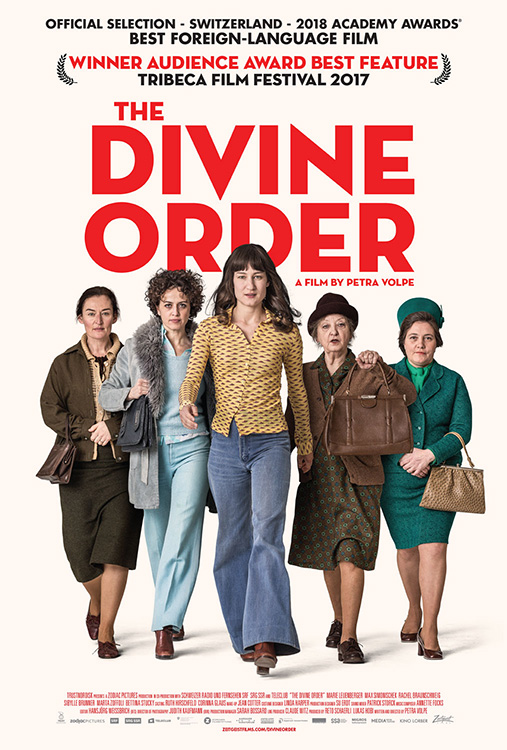 Winner of the Audience Award for Best Narrative Film at the Tribeca Film Festival, THE DIVINE ORDER is set in Switzerland in 1971 where, despite the worldwide social upheavals of the previous decade, women were still denied the right to vote. Uplifting and crowd-pleasing, this charming, captivating film is a time-capsule that could not be more timely.

Incisive...Stirring...The Divine Order is both a celebration...and a gentle reminder that sometimes it just takes one person to stand up, call bullshit, and get that snowball rolling.”

“Inspired and inspiring... A model for the kind of political struggle that’s now needed more than ever.”

“A mainstream crowd-pleaser adept at inspiring and amusing in equal measure.”