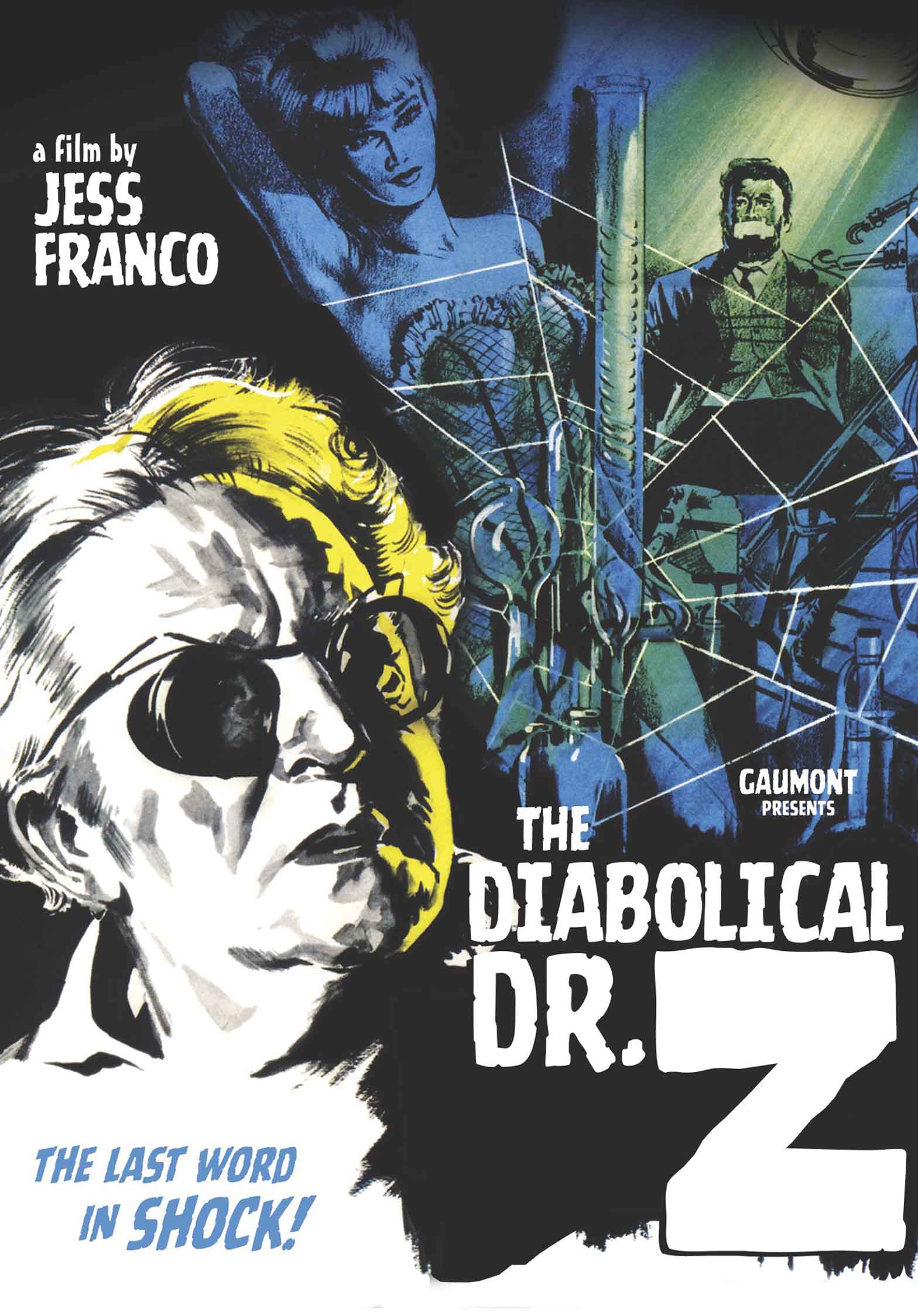 A stylish medical-horror thriller that brings to mind the work of Georges Franju and David Cronenberg, THE DIABOLICAL DR. Z is a vitally important film in the horror cinema’s transition from spooky scares to a more dreamy and erotic variety that would become the signature of Spanish-born filmmaker Jess Franco. Mabel Karr stars as Irma Zimmer, the daughter of a visionary scientist (Antonio Jiménez Escribano) who has developed a morbid system of mind control. After the slightly mad doctor’s death, Irma carries on her father’s work, and uses a telepathically-controlled exotic dancer with poisoned fingernails (Estella Blain) as an instrument of revenge upon three doctors who mocked Dr. Z’s theories. But can Irma eliminate the names on her hit list before a pair of detectives (played by Franco and the film’s composer, Daniel White) expose her
plot?