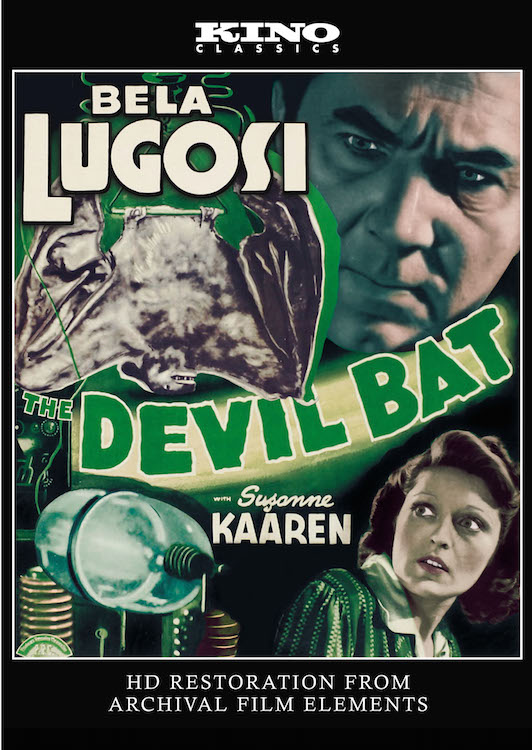 After the Production Code forced the major studios to shy away from morbidity, violence, and the supernatural, Bela Lugosi (Dracula) found refuge in a place where horror was not only allowed, but enjoying a low-budget renaissance: the independent studios of Poverty Row.

In THE DEVIL BAT, Lugosi stars as a scientist who commands a mutant bat to avenge himself upon his enemies (using a specially formulated after-shave lotion as the targeting device). Even as he takes diabolical pleasure in such a ludicrous premise, Lugosi invests the character with an underlying sense of tragedy, a visionary genius out of step with modern, corporate society.