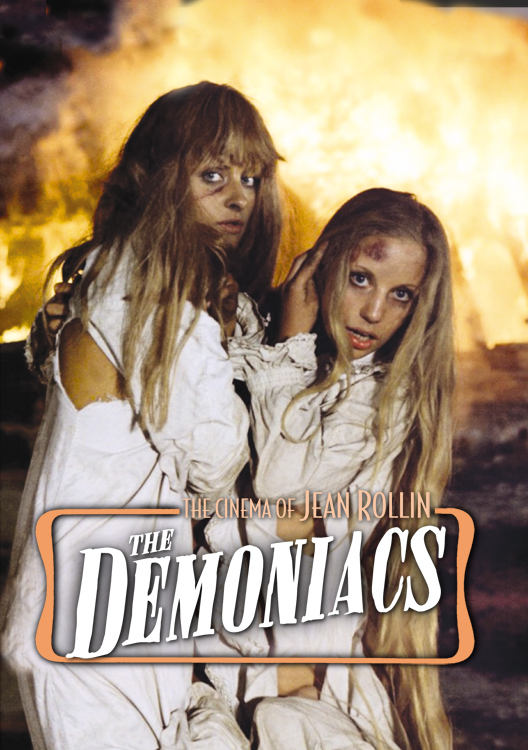 A Poe-like study of guilt and revenge, THE DEMONIACS (Les Démoniaques) concerns a band of "wreckers" who rape and murder two young sisters, the survivors (Lieva Lone, Patricia Hermenier) of a ship they have lured into coastal rocks and plundered. The ghostly sisters haunt the Captain and obtain help from a mysterious clown (Mirielle d'Argent) who leads them to an impressive disused cathedral. There they meet a gnostic priest (Ben Zimet) standing guard over a cell that harbors the Devil himself (Miletic Zivomir), who empowers the angelic girls sexually with the evil necessary to exact their revenge.

If ever one of Rollin's films was presided over by a singular compelling presence, it is that of Joelle Coeur, the mysterious auburn-tressed female lead. As Tina the Wrecker, Coeur seems to incarnate the perverse libido, stripping and publicly pleasuring herself while in thrall to the rape and pillage of her gruff associates.

"One of Rollin's most impressive yet atypical films." - Tim Lucas, Editor of VIDEO WATCHDOG