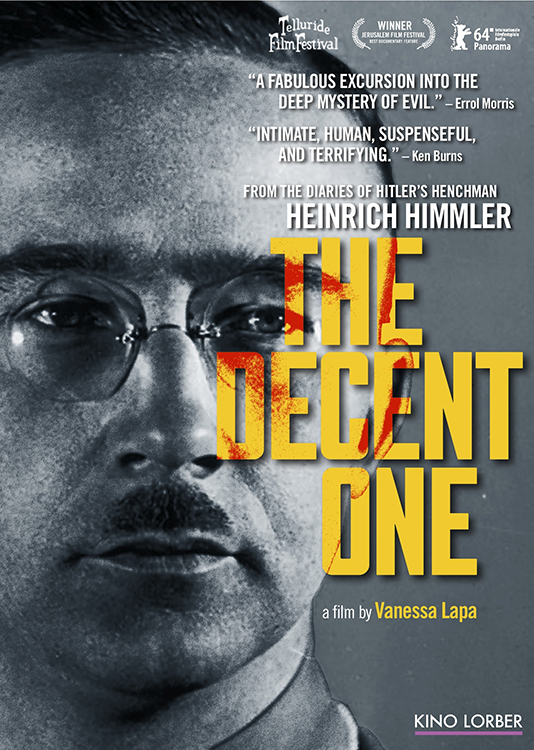 On May 6th 1945, soldiers of the US Army occupied the Heinrich Himmler family home in Gmund Germany where they discovered hundreds of private letters, documents, diaries and photographs. THE DECENT ONE makes use of these materials to sketch the biography and expose the inner mind, ideals, plans and secrets of SS commander and architect of the Final Solution. Through readings of the Himmler family's most personal writings and rarely seen restored film footage from key German archives, director Vanessa Lapa has fashioned a fascinating case study that asks the question: How can a man become a hero in his own eyes but a mass murderer to the world?