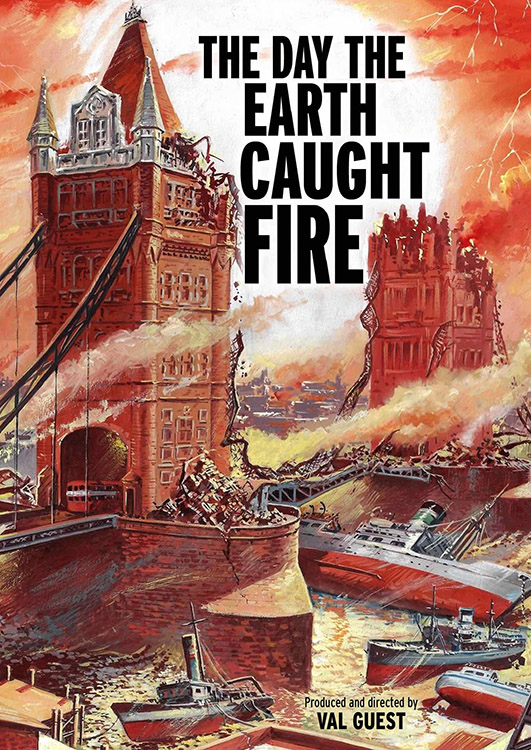 The Day the Earth Caught Fire

From Val Guest, the director of The Quatermass Xperiment, Quatermass 2, The Abominable Snowman and Hell Is a City, comes one of the greatest doomsday movies ever made! When the United States and the Soviet Union simultaneously set off nuclear explosions, London’s Daily Express begins to report on bizarre weather changes around the world. But when the reporters dig deeper, they discover that the blasts have knocked Earth off its axis and sent it hurtling towards the sun. Now, as scorching heat and devastating floods plague the planet, cities explode in chaos and mankind is left with one last hope: A final massive detonation that will either re-balance Earth’s orbit or destroy the world forever! Produced, directed and co-written by Guest, this British classic is legendary for its brilliant dialogue, chilling realism and one of the most provocative endings in sci-fi history. Beautifully shot in stunning black-and-white Cinemascope by Harry Waxman (The Wicker Man, Brighton Rock) and starring Janet Munro (The Crawling Eye), Leo McKern (A Man for All Seasons) and Edward Judd (First Men in the Moon), The Day the Earth Caught Fire is now completely re-mastered in 4K from the original vault materials.