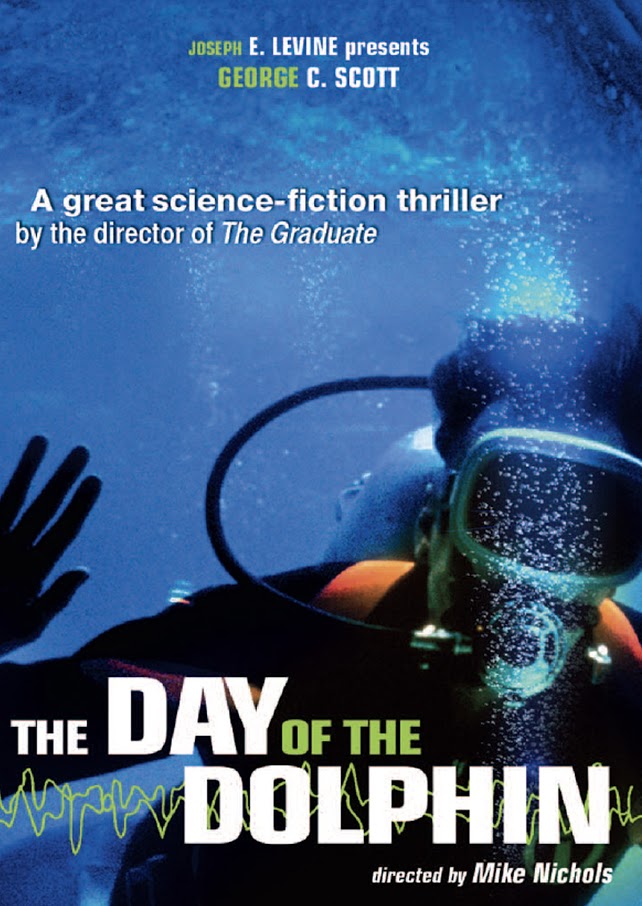 The Day of the Dolphin

Doctor Jake Terrell (George C. Scott) has been training a pair of dolphins for years to understand and speak English. On the same day that he finally has a breakthrough (giving them a limited English vocabulary), a sinister spy group springs the dolphins from containment. When Doctor Terrell discovers they're to be used in an assassination attempt, he races to discover who's the target, and where the dolphins are, before the attempt is carried out.