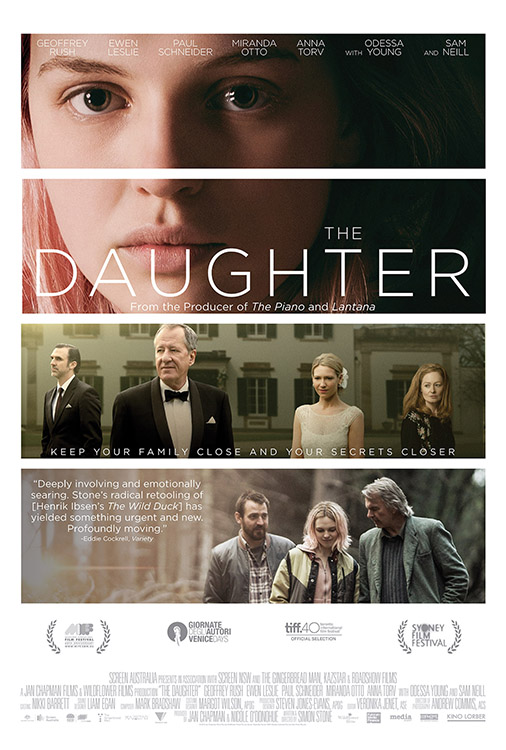 After a fifteen-year absence, Christian (Paul Schneider) returns home to rural New South Wales for the marriage of his father, Henry (Geoffrey Rush), the wealthy owner of the local mill that's been the economic bedrock of the community for generations. Christian gets reacquainted with his old friend Oliver (Ewen Leslie) and finds himself drawn to Oliver's family, which includes wife Charlotte (Miranda Otto), daughter Hedvig (Odessa Young), and father-in-law Walter (Sam Neill). Unexpectedly, Christian discovers a secret that could tear Oliver’s family apart; and when Henry announces the imminent closure of the mill, it sends a quake through the community. As Christian tries to right the wrongs of the past, his actions threaten to shatter the lives of those he left behind years before.

"A mood piece told with a lyrical energy both lush and dangerous." -The Guardian