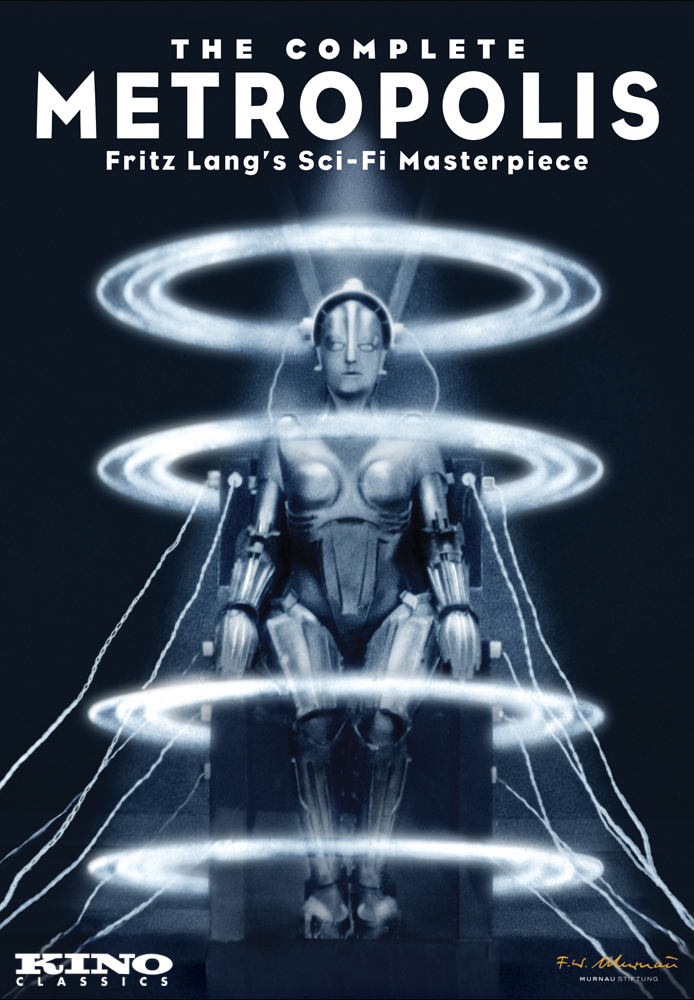 Incorporating more than 25 minutes of newly discovered footage, this 2010 restoration of METROPOLIS is the definitive edition of Fritz Lang’s science fiction masterpiece. Backed by a new recording of Gottfried Huppertz’s 1927 score (presented here in 5.1 Stereo Surround), the film’s dazzling visual design and special effects are more striking than ever. And the integration of scenes and subplots long considered lost endows METROPOLIS with even greater tension and emotional resonance, as it dramatizes the conflict between wealthy über-capitalists and rebellious subterranean laborers—orchestrated by a diabolical scientist capable of destroying them both.

"A MASTERPIECE OF VISIONARY SILENT CINEMA... one of the strangest, most fascinating films ever made, a futuristic nightmare that is both sublime in its grandeur and remarkably intimate in its emotions. Just about every science-fiction movie you can think of pays tribute to its influence, but to date none has matched its strangeness or its prophetic power."
- A.O. Scott, The New York Times

"The greatest of all pulp fantasies! Lang’s profligate hallucination of a future city is a movie whose every detail is subsumed to the overall effect."
- J. Hoberman, The Village Voice

"The plutonium template for sci-fi moviemaking... Remains one of the most inspirational and influential movies of any genre."
- John Anderson, Newsday

"Lang’s pop-visionary epic has always been a milestone of precision craftsmanship on a gargantuan scale. A proto-noir suspense film... a mad-scientist extravaganza and all-out disaster flick!"
- Michael Sragow, The New Yorker

"One of the handsomest, visually most inventive films of the 20th century, and certainly one of the all-time great sci-fi films... a powerful parable."
- NY Press