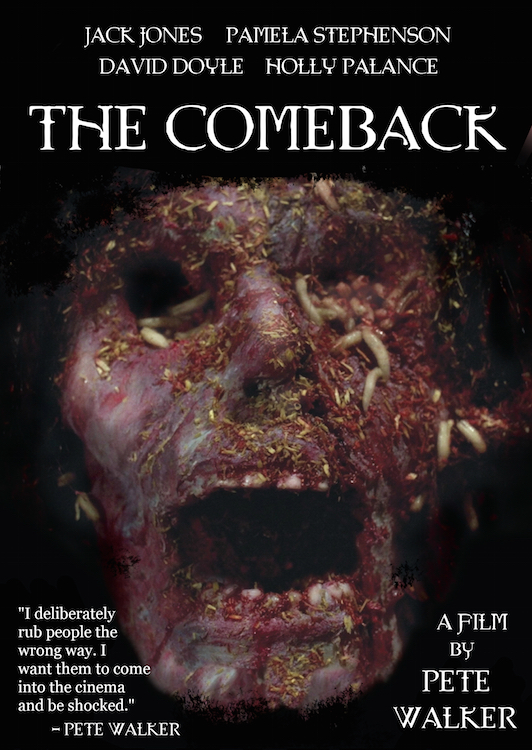 Pop star Jack Jones (best remembered for the theme from The Love Boat) plays a singer who is haunted by the death of his estranged wife, and led into a confrontation with the killer, in THE COMEBACK. A sleek and entertaining slasher film from director Pete Walker, it is a bloody illustration of the costs of fame.

While recording an album he hopes will vault him back up the charts, singer Nick Cooper (Jones) begins suffering from hallucinations, pushing him to the brink of a nervous breakdown. When those close to him start dying in brutal murders, his connection to reality frays even more, until he himself is staring death in the face.