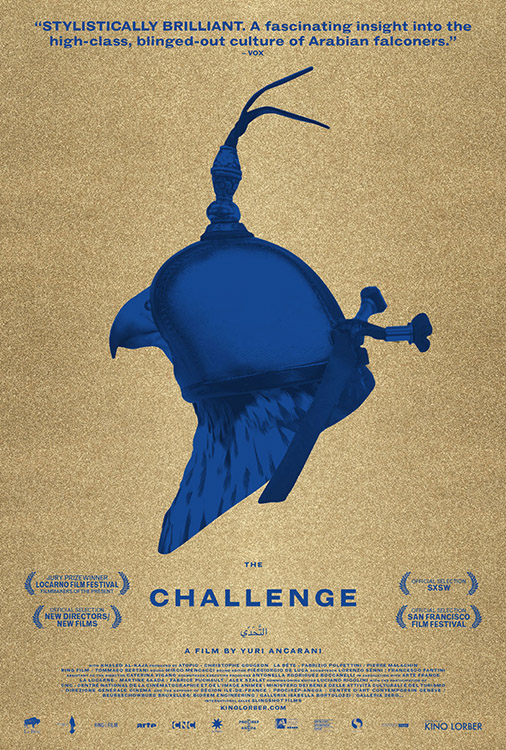 Italian visual artist Yuri Ancarani’s exquisite documentary enters the surreal world of wealthy Qatari sheikhs with a passion for amateur falconry. The opulence of this Middle Eastern gas state is on full display as the men race SUVs up and down sand dunes, fly their prized falcons around on private jets, and take their pet cheetahs out for desert spins in their souped-up Ferraris. The result is a film jaw-dropping not only for its displays of wealth, but for the pure cinematic beauty that won Ancarani the Filmmaker of the Present award at the 2016 Locarno Film Festival.

“Stylistically brilliant. [A] fascinating insight into the high-class, blinged-out culture of Arabian falconers.”

"Ravishing. Despite all the feathery swooping and gunning motors, the flashing gold and pounding sun, these immaculately framed, balanced and photographed images have a tableaulike quality, characterized by a stillness (perhaps cultural or situational) that suggests a memento mori."

"There’s an exquisite visual luxury at play in this loose trip across the Arabian gulf to a falconry competition in Qatar."

"This is, needless to say, an original film. It is also wildly delightful."