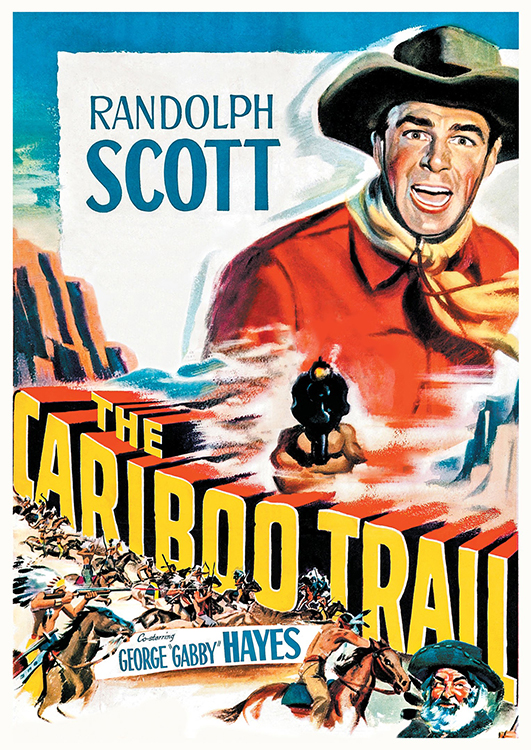 Newly restored in HD! Western icon Randolph Scott (Western Union, Canadian Pacific) co-stars with Bill Williams (TV’s The Adventures of Kit Carson) as cowboys leading a small herd of cattle from Montana to the Northwest Territories, one looking for rangeland the other for gold. While driving their cattle along The Caribou Trail, the two men encounter a toll bridge run by the local cattle king (Victor Jory, The Miracle Worker) and his henchmen. But when the men refuse to pay the toll, their cattle is stampeded and all hell breaks loose in this action-packed western that has it all. George ‘Gabby’ Hayes (Tall in the Saddle) leads the supporting cast that includes Karin Booth (Tobor the Great), Douglas Kennedy (The Amazing Transparent Man), Jim Davis (TV’s Dallas) and Dale Robertson (TV’s Tales of Wells Fargo). Directed by Hollywood veteran Edwin L. Marin (A Christmas Carol).