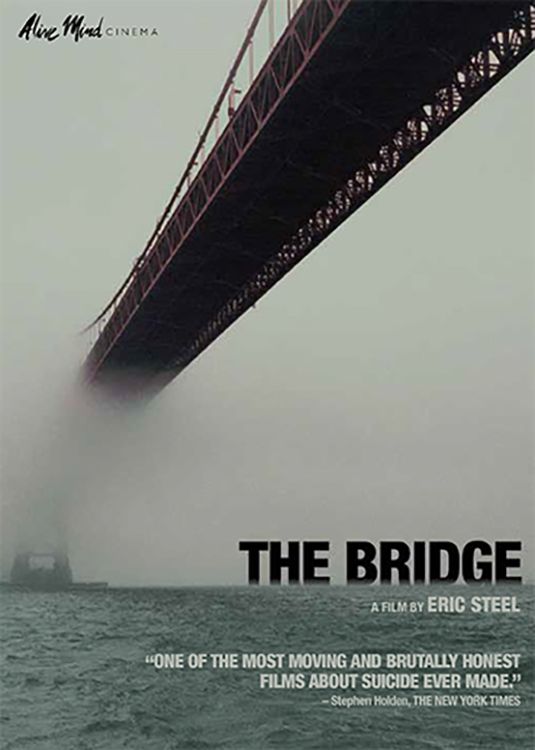 The Golden Gate Bridge is an iconic structure; a symbol of San Francisco, the West, freedom - and something more, something spiritual, something words cannot describe.

Director Eric Steel and his crew spent an entire year focusing on the bridge. Running cameras for almost every daylight minute, they documented nearly two dozen suicides and a great many unrealized attempts. In addition, the director captured nearly 100 hours of incredibly frank, deeply personal, often heart-wrenching interviews with the families and friends of the departed, as well as with several of the attempters themselves.

THE BRIDGE is a visual and visceral journey into one of life's gravest taboos, offering glimpses into the darkest, and possibly most impenetrable corners of the human mind.