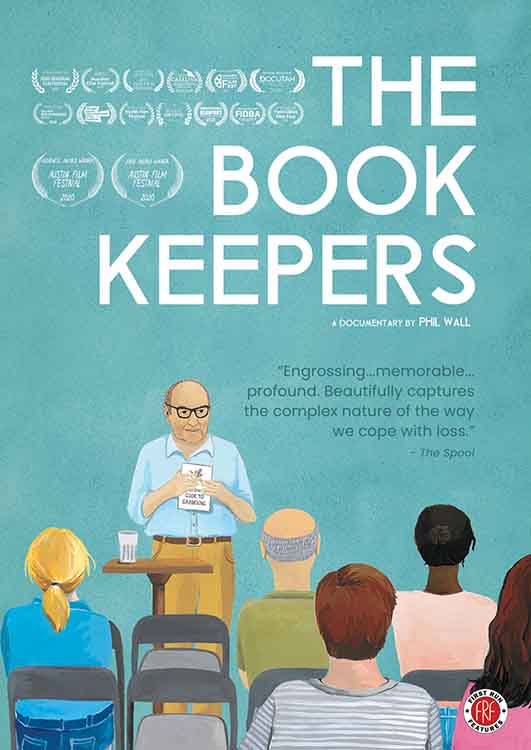 THE BOOK KEEPERS follows the uplifting journey of a husband who keeps his wife's dream alive by becoming the spokesperson for her book after her death. Carol Wall's debut memoir – about cancer, friendship, and cultivating an open heart – was a breakout success. But joy turned to tragedy when the breast cancer she wrote about returned, and she died months after its publication. Carol’s husband, Dick, determined to help her life-affirming message find its audience, becomes the book’s unlikely spokesperson and embarks on a nationwide book tour. He’s joined by the couple’s filmmaker son, Phil, who captures his dad’s efforts to ensure her dream lives on. The result is an intimate portrait of love and loss – an ode to the healing power of storytelling.