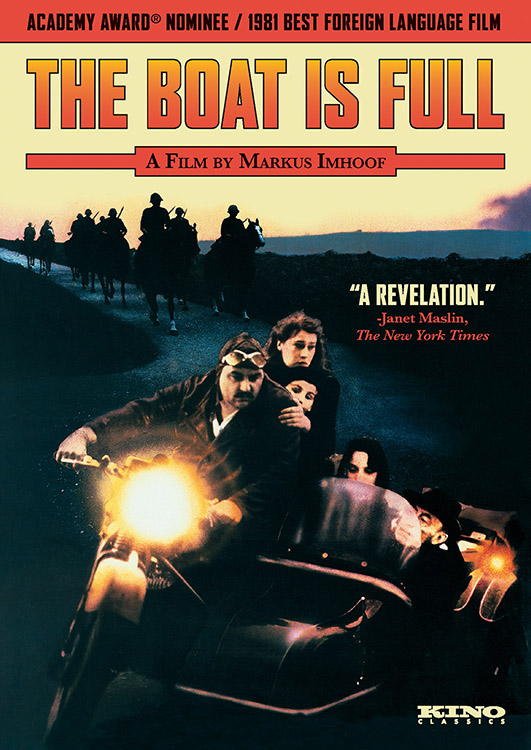 The Boat is Full

Nominated for an Academy Award® for Best Foreign Language Film (1981), THE BOAT IS FULL is a tense and heartbreaking drama that captures the plight of refugees during WWII. A ragtag band of exiles from Germany sneak into Switzerland seeking asylum. They are allowed to stay at an isolated inn as long as they pretend to be a family. In order to maintain this deception they must communicate with a young French-speaking boy, who cannot understand the rest of the German-speaking refugees. They must impress upon him the importance of remaining silent, or else their plan, and their lives, could fall apart. Director Markus Imhoof (More Than Honey, Eldorado) keeps tightening the suspense until the final, breathtaking minutes. Pointedly relevant and nailbitingly tense, THE BOAT IS FULL is a WWII film for the ages.