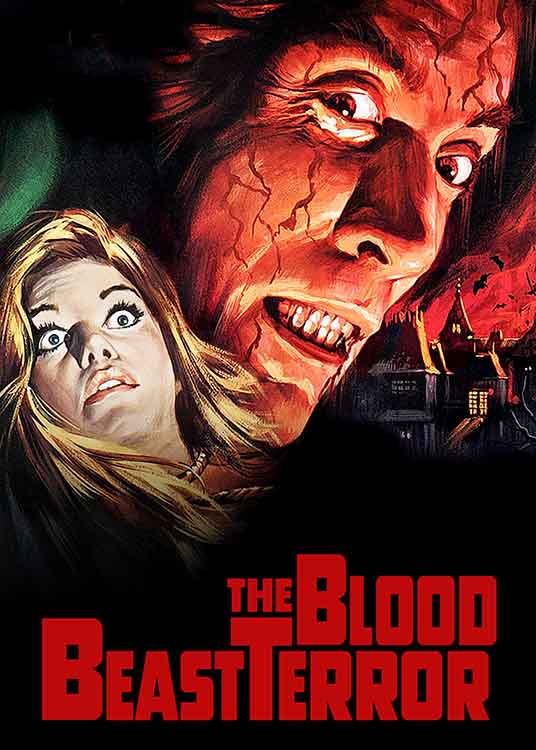 A classically told monster movie directed by Vernon Sewell (Burke & Hare), THE BLOOD BEAST TERROR is set in motion when mutilated bodies begin appearing in the English countryside, drained of blood. Horror icon Peter Cushing (Horror of Dracula) stars as Detective Inspector Quennell, brought in to investigate the deaths. He consults entomology professor Mallinger (Robert Flemyng), but the doctor seems to be hiding a dark secret about his fetching young daughter, Clare (Wanda Ventham). The deeper Quennell digs into their story, the bloodier the violence, until he discovers a terrifying truth about Mallinger’s experiments that is only revealed in the gruesome final reel.