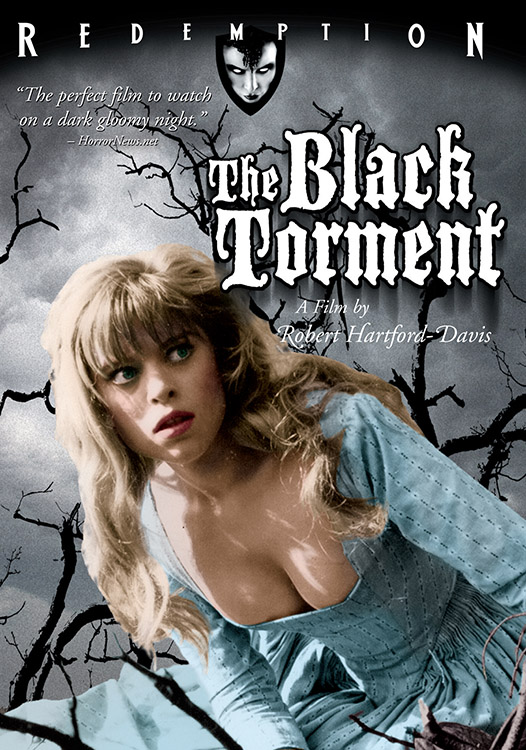 An 18th-century gothic thriller, depicted with the vivid colors and overt eroticism borrowed from the Hammer horror films, THE BLACK TORMENT has emerged from obscurity to become recognized as "a minor classic... basically another retelling of Du Maurier's Rebecca except with blood, guts, and ghostly goings-on" (britishhorrorfilms.co.uk).

Returning to his country estate with his new bride, English nobleman Sir Richard Fordyke finds himself under suspicion from angry locals for the rape and brutal murder of a young girl. Despite Sir Richard's professed innocence, a growing hysteria unfolds, as strange and even supernatural events begin to occur around him. With no one to turn to and his new wife threatening to shoot him, Sir Richard begins to question his own guilt... and sanity!

"The perfect film to watch on a dark gloomy night." - HorrorNews.net