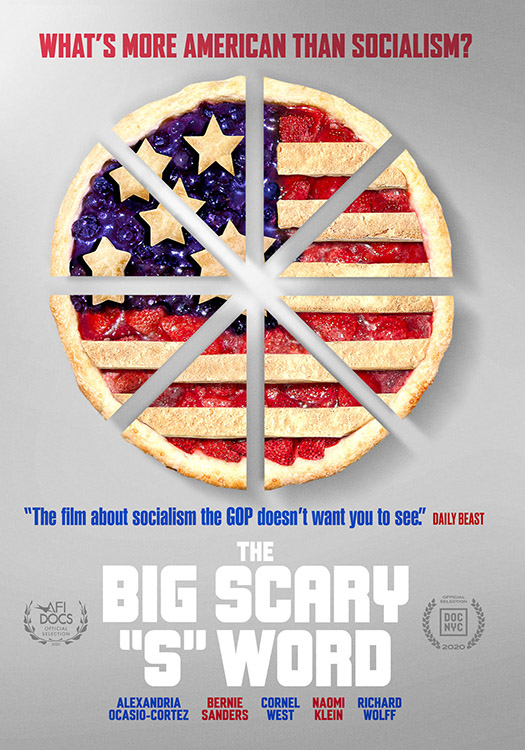 Featuring interviews with Bernie Sanders, Alexandria Ocasio-Cortez, Cornel West, and Naomi Klein, THE BIG SCARY “S” Word explores the rich history of the American socialist movement. Weaving together hidden episodes of history and verité footage, the film shows that, contrary to popular belief, socialism is in fact deeply American and led to popular government programs such as public schools and Medicare. Activists and journalists explain how the 2008 financial crisis, the Wall Street bailout, the Occupy Movement, and the ascension of politicians like Sanders and Ocasio-Cortez have pushed a new generation to embrace the language of socialism.