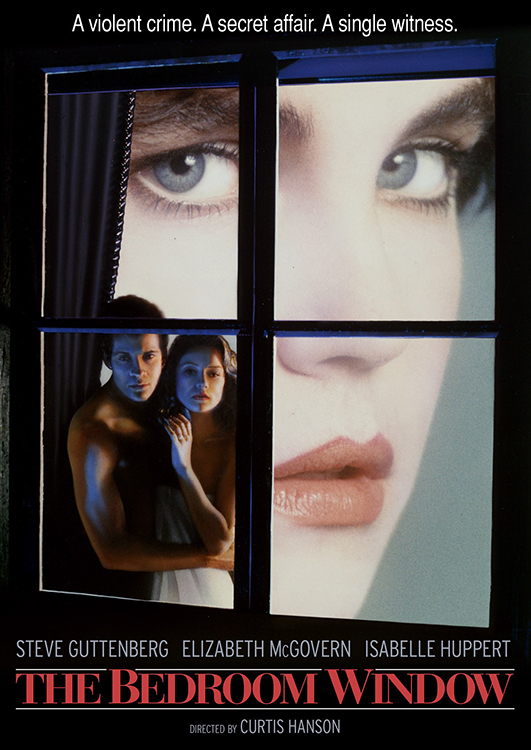 Upwardly mobile architect Terry Lambert (Steve Guttenberg, The Day After) has it made—until his boss’s wife, Sylvia (Isabelle Huppert, Elle), witnesses an attempted murder through his bedroom window. In order to keep their affair a secret, Terry reports the crime in her place. When the authorities find that Terry’s account of the incident is flawed, he becomes the prime suspect in a string of mysterious murders. Terry is now trapped in a web of deceit and is desperate to reveal the killer’s identity before it is too late. Curtis Hanson (L.A. Confidential, The Hand That Rocks the Cradle) wrote and directed this Hitchcockian thriller which masterfully delivers one shocking plot twist after another. The stellar cast includes Elizabeth McGovern (The Favor), Paul Shenar (Man on Fire), Wallace Shawn (The Princess Bride), Maury Chaykin (Unstrung Heroes) and Mark Margolis (Hannibal).