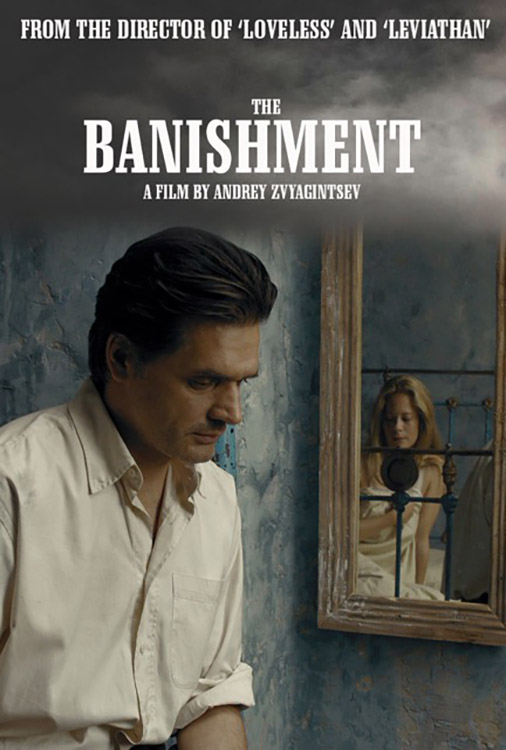 Andrey Zvyagintsev (Loveless, Leviathan) proffers an ambitious exploration of the human condition in his second feature. Much like his critically acclaimed debut The Return, the film investigates bonds of family, this time tackling the relationship between a husband and wife. A trip to the pastoral countryside reveals a dark, sinister reality for a family from the city. Eschewing easy answers and tackling a wide array of themes, THE BANISHMENT poetically renders the persistent human state of exile from our surroundings. Based on the novel The Laughing Matter by William Saroyan.

"The Banishment is so obviously the work of an exceptional film-maker that you can't deny its power, ambition and ability to keep you watching."

"Lumbering and beautiful, Zvyagintsev leaves few doubts that we're in the hands of a fledgling master."