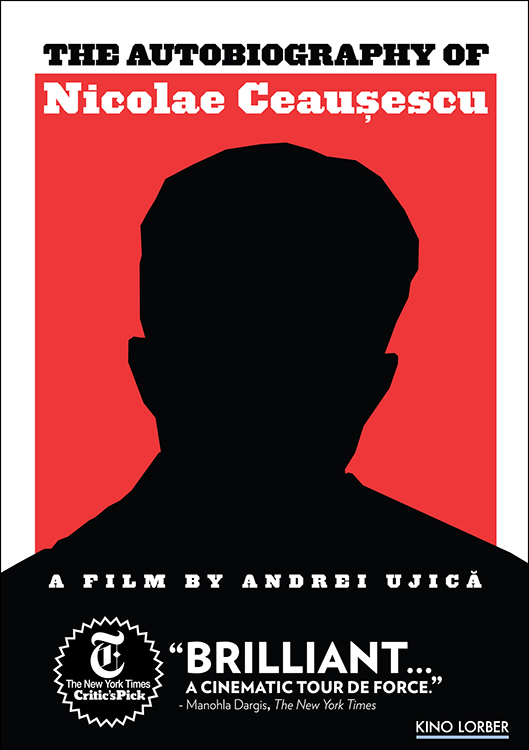 The Autobiography of Nicolae Ceausescu

A monumental achievement, THE AUTOBIOGRAPHY OF NICOLAE CEAUSESCU tracks the rise and fall of the infamous Romanian dictator through his own propaganda footage. Writer and director Andrei Ujica, along with editor Dana Bunescu, crafted over 1,000 hours of official state broadcasts and intimate home movies into a three-hour tour-de-force that depicts how Ceausescu created the country in his own image, regardless of the cost to its citizens. His rapid ascent to power is aided by rubber stampt parliamentary meetings and celebrated in garish visits to Communist allies including North Korea. A hero in his mind, Ceausescu is combative, vain, and unquestioningly in control.

This "brilliant documentary" (The New York Times) shows the brutal psychology of a dictator, a narcissism in which his subjects are seen but never heard. That is, until their off-screen discontent results in revolution, and Ceausescu is left muttering denials of his life and his crime

"Yet in many respects Ceausescu turns out to be as much the author of this brilliant documentary as the director, Andrei Ujica, who waded through more than 1,000 hours of filmed state propaganda, official news reports and home movies to create a cinematic tour de force that tracks the rise, reign and grim fall of its subject." - Manohla Dargis, The New York Times

"Running at three hours and with no narration, Andrei Ujica's engrossing collage of images - both impressionistic and rigorously methodical - takes on the rhythmic psychic cadences of a trance, its cascade of state-sponsored photo ops and staged events resembling short chamber pieces of political theater...A MUST-SEE for any student of history, political rhetoric and film poetics at their most vagrant and revelatory." - Ann Hornaday, The Washington Post